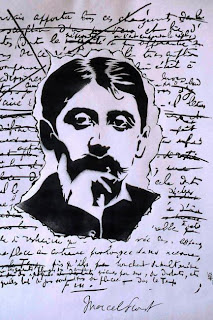 The UW-Madison Institute for Research in the Humanities presents

Calculus, invented in the seventeenth century by Leibniz and Newton and perfected over the next two hundred years, is not only the foundation of higher mathematics but also an indispensable tool for a broad spectrum of intellectual and practical endeavors that entail quantification of various sorts, both in the physical sciences and in the social sciences, including psychology. Although it allows for the measurement of phenomena ranging from the area and volume of non-linear figures to demographic changes in large populations, the broad philosophical and literary question it circumvents on a purely practical level—what are the implications of quantifying phenomena that are not, in some sense, quantifiable?—has continued to haunt philosophers and literary figures to this day. This seminar will suggest that the development of calculus has important implications for the humanities as well as the physical and social sciences, focusing on evolving conceptions of personality in literature and psychology. Particular attention will be paid to the works of the French literary giant of the early twentieth century, Marcel Proust (1871-1922), whose monumental cycle of novels, In Search of Lost Time (aka Remembrance of Things Past),  presents a particularly intriguing illustration of the calculus of personality.

Richard Goodkin, a Senior Fellow at the Institute for Research in the Humanities, has taught in the Department of French and Italian at the University of Wisconsin-Madison since 1989; he has also taught at Yale University. He is a specialist of seventeenth-century French theater but has written on nineteenth- and twentieth-century literature as well, and he has also worked on other areas ranging from ancient Greek tragedy to French cinema. He is the author of two books on French tragedy, The Tragic Middle: Racine, Aristotle, Euripides (1991) and Birth Marks: The Tragedy of Primogeniture in Pierre Corneille, Thomas Corneille, and Jean Racine (2000), a book on Marcel Proust, Around Proust (1991), and a volume on French Symbolist poetry, The Symbolist Home and the Tragic Home: Mallarmé and edipus (1984). He is the editor of an issue of Yale French Studies entitled Autour de Racine: Studies in Intertextuality (1989) and of a volume of essays, In Memory of Elaine Marks: Life Writing, Writing Death (2007). In addition to working on his present book project, “The Calculus of Personality,” he is completing a book on the relations between theater and narrative in seventeenth-century France, a project for which he received a Guggenheim Fellowship.